Cheers to a mostly stable scan. The spots we found in November have “resolved” but there is a new spot in the field of radiation. It is most likely also radiation damage but we will continue to monitor closely, currently it is too small to biopsy. Thank you all for your words of encouragement. It really means a lot! 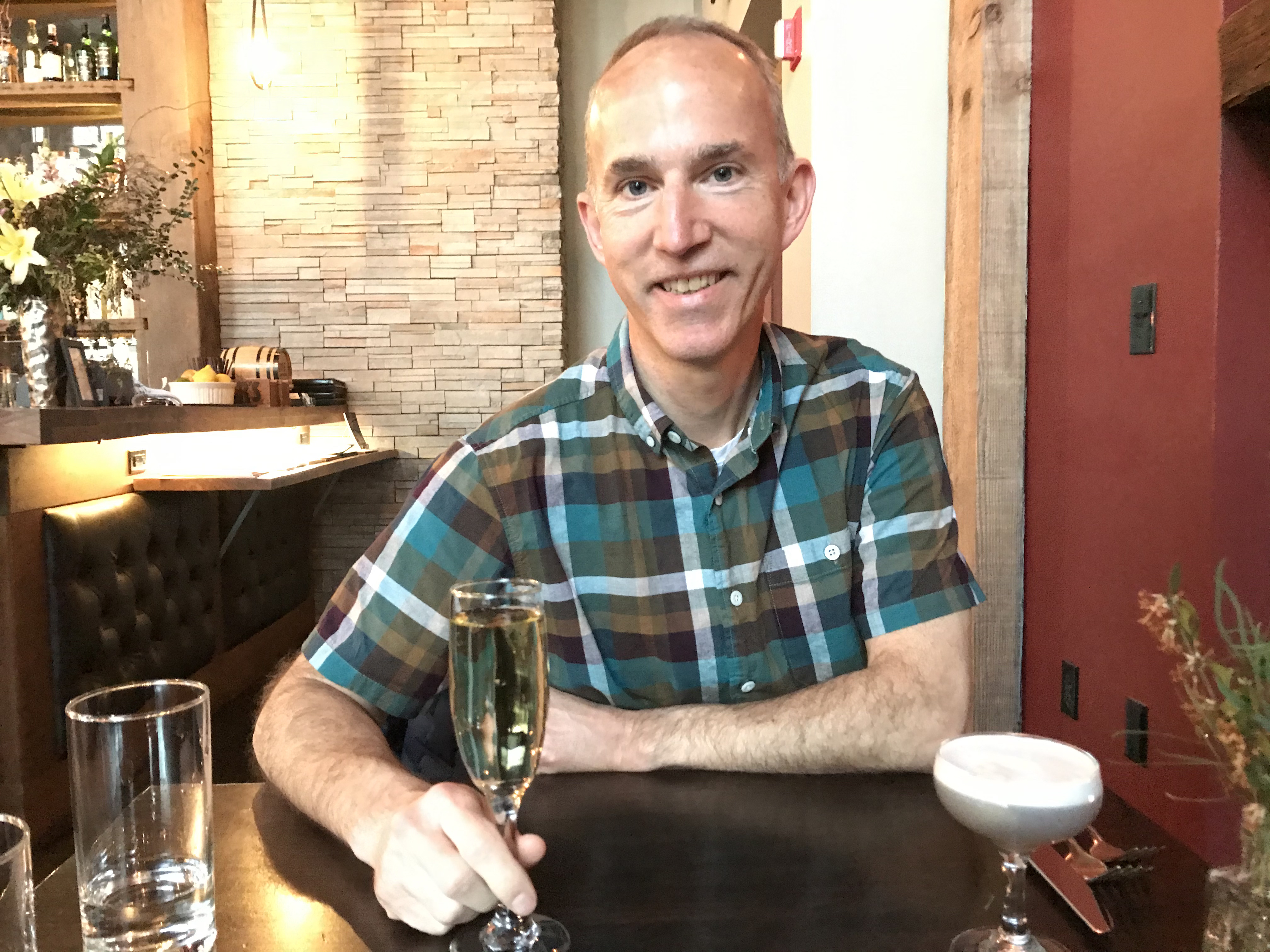 Four years ago, today, I stood up at work to look outside and my world started spinning…

While the physical spinning has stopped the metaphorical spinning has started up again.  How come I have made it this far?  Why me? That is the constant question anymore, Why ME!  Back in November we had a shock, two spots, we kept that sort of quiet until the next scan in January.  It appears they are nothing significant BUT it sure does not feel that way.  Last year we met a couple that were just starting their brain tumor journey and they were optimistic, positive, expecting a full return to life, fully believing they were going to beat this thing.  They were just like Jessie and me.  Except they were not.  I found out last week he passed away on the 22nd of February, barley over a year after diagnosis.

I knew no one, zero, not even a hint of a person with a brain tumor until a doctor told me in an emergency room that I had one.  Now in the course of 4 years I have met or learned about 4 others, three of which have passed away after I was diagnosed!!  Heck one guy I had even mountain biked with!!

I cannot speak to everyone in this tumor community but I get the impression we all follow similar patterns where there is this flurry in initial treatment, almost continuous searching for connections and hope, a constant barrage of well wishing and attention from doctors, then if you are lucky enough the calm after the storm and you are largely forgotten and you enjoy that.  Then comes the covert stalking of other tumor survivors to “see” how they are doing.  Secretly hoping, wishing, praying that they are living the normal, progression free life you so long for as well.

Today on my 4 year anniversary of the discovery, I finally did my follow-up internet stalking and was devastated to find my guiding light, my rock, my compatriot on the East Coast struggling with reoccurrence that happened this summer.  She was the FIRST tumor patient I reached out to.  She has been so open and generous and ACTUALLY did something to help tumor patients while I just continued to live my life and plod along doing next to nothing with the time I have been given.  She has had some of the best care in the world.  She was about 4 months ahead of me.  I have been vicariously living in her successes and now to read how quickly and aggressively it can come back is terrifying.  Jessica Morris, my heart and prayers go out to you!!

So, Wednesday is my next scan.  Where in the past they were just standard procedure, heck I have gotten so used to MRI’s I can fall asleep in them.  This one will be with a heightened sense of awareness.  I cannot get out of my head, when will I stop being a statistical anomaly and become one of the masses.

What is the magic equation to keep me an outlier?  I want out of this !@$!& dataset!!

Happy New Year friends! Celebrating a stable scan tonight! Tom actually had his last scan in November. There were two tiny spots that showed up and while his oncologist said he was not concerned, we agreed to come back and scan again in 6 weeks. It ended up being more like 7, but today’s scan showed no change. The oncologist said if it was tumor, he would have expected some growth or change in that time. It is likely just delayed radiation damage but we will continue to monitor. The spot they measured is 2.99 mm. In December Tom also underwent a hernia repair. He had a great outcome but misses being active. 1.5 weeks until his restrictions are lifted, not that we are counting. I’ll post again tomorrow with details on this year’s tumor walk and before long the casserole party. Thanks for all your continued love and support! 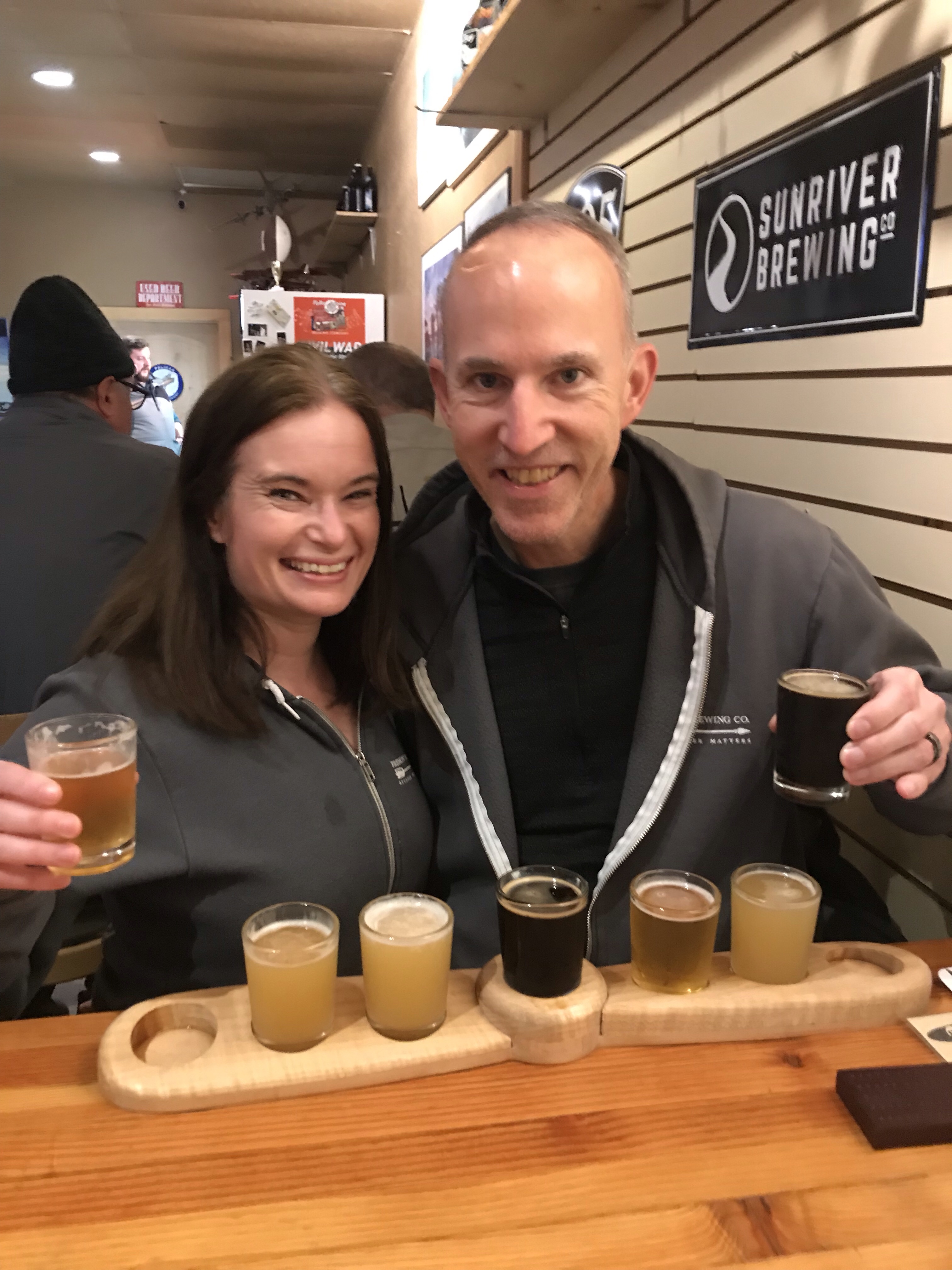 Super thankful and relieved for another good MRI for Tom! Thanks to you all for your continued friendship and support in this journey. We are unbelievably lucky to be here today and enjoying our life together. 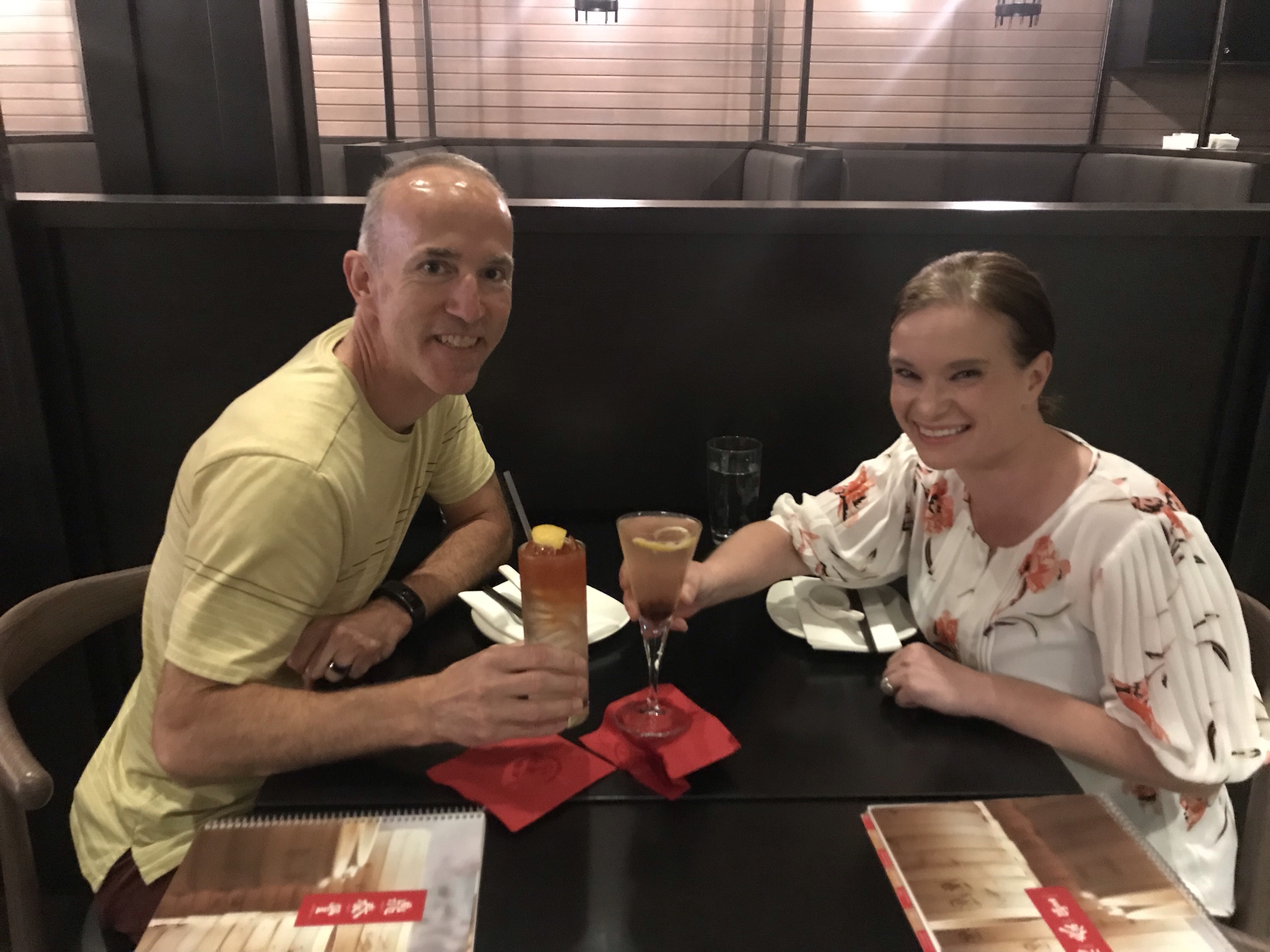 The very biggest of thank yous to all who donated to Team Food Baby and the 2019 Brain Tumor Walk. Thanks to those who donated directly, showed up to our fundraisers, showed up to the walk and those who rooted us on. Thank you for funding research for finding s cure for Tom and all those who live with brain tumors! Team Food Baby raised $3505 this year (with big thanks to one donor in particular). This year’s walk raised at least $188,000 total and our team total over four walks is now up to $15,457. We couldn’t do this without all of you!!!! 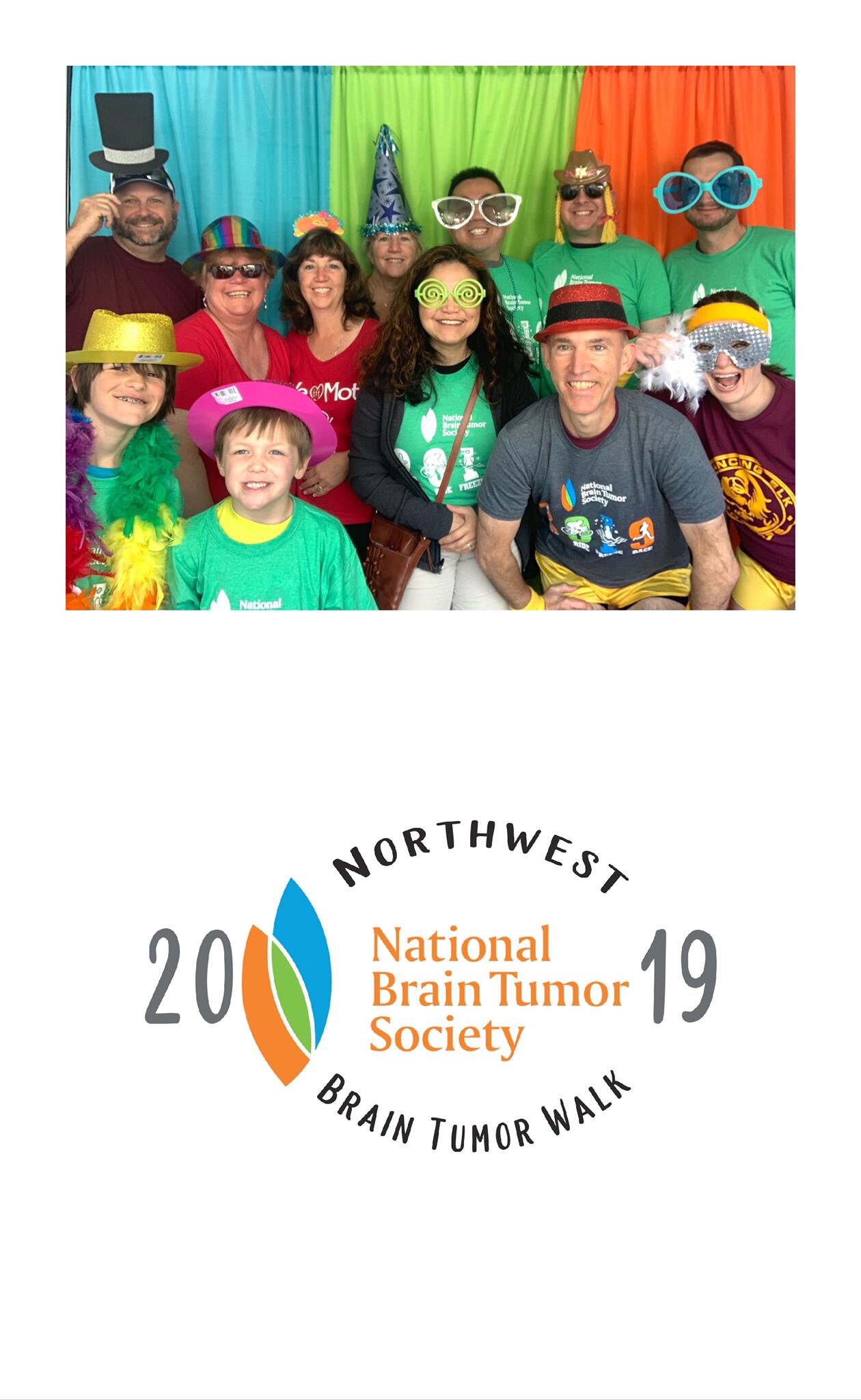 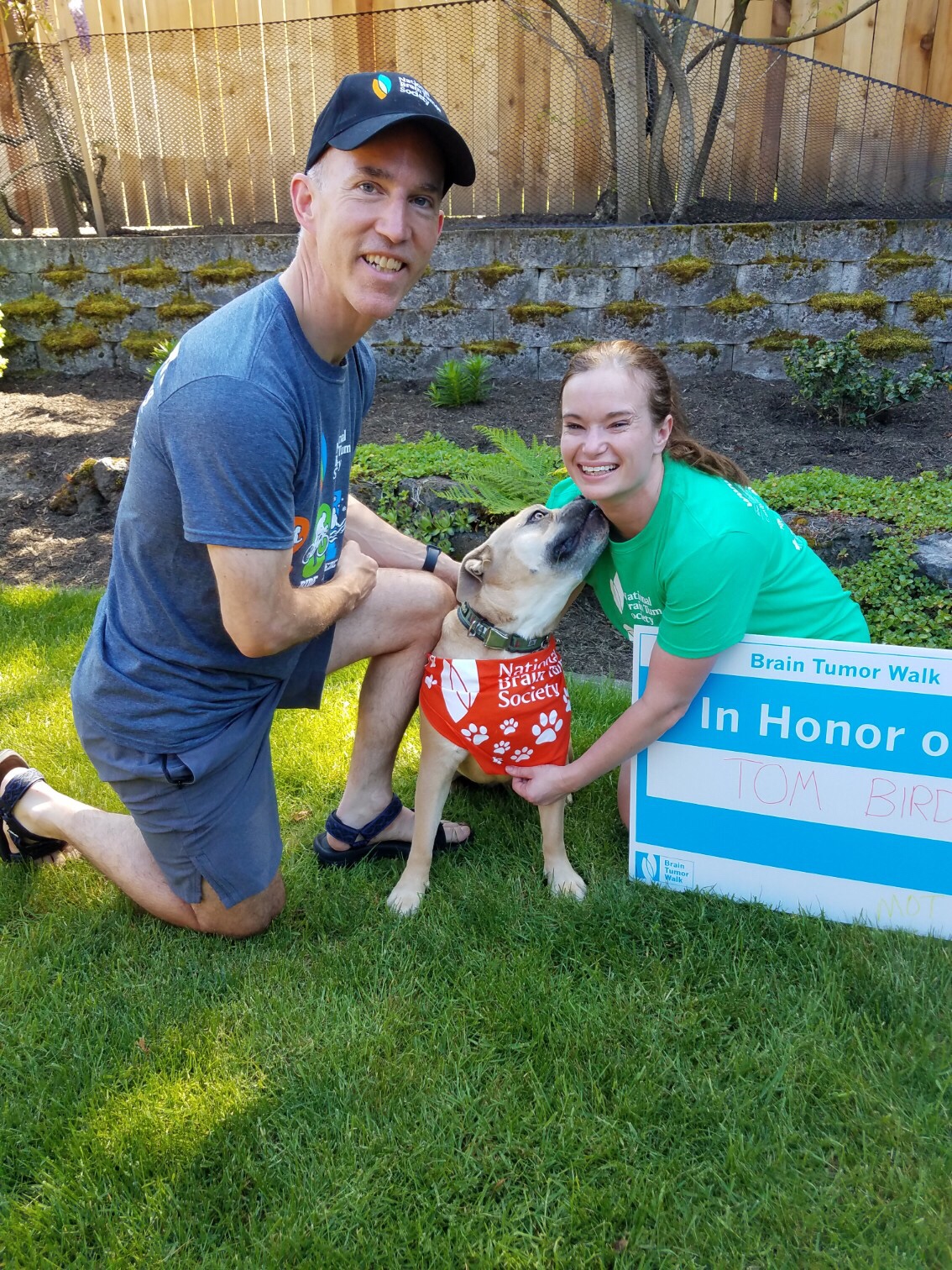 Join us or donate!

Three cheers for a clear scan and moving scans out to every three months! 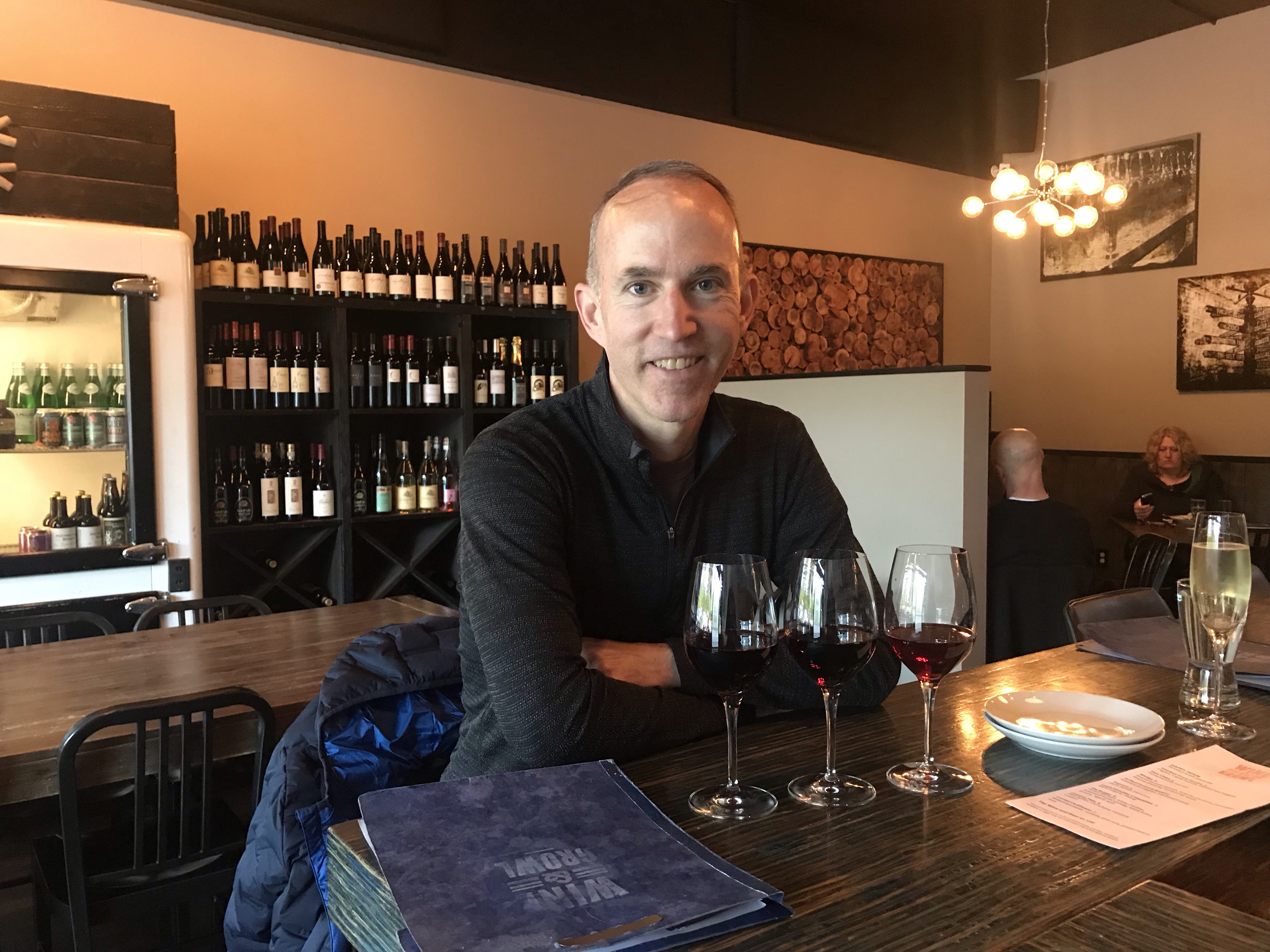 A clear scan for Tom!

we don’t condone overindulgence in sugar, but Tom had another good scan this week! 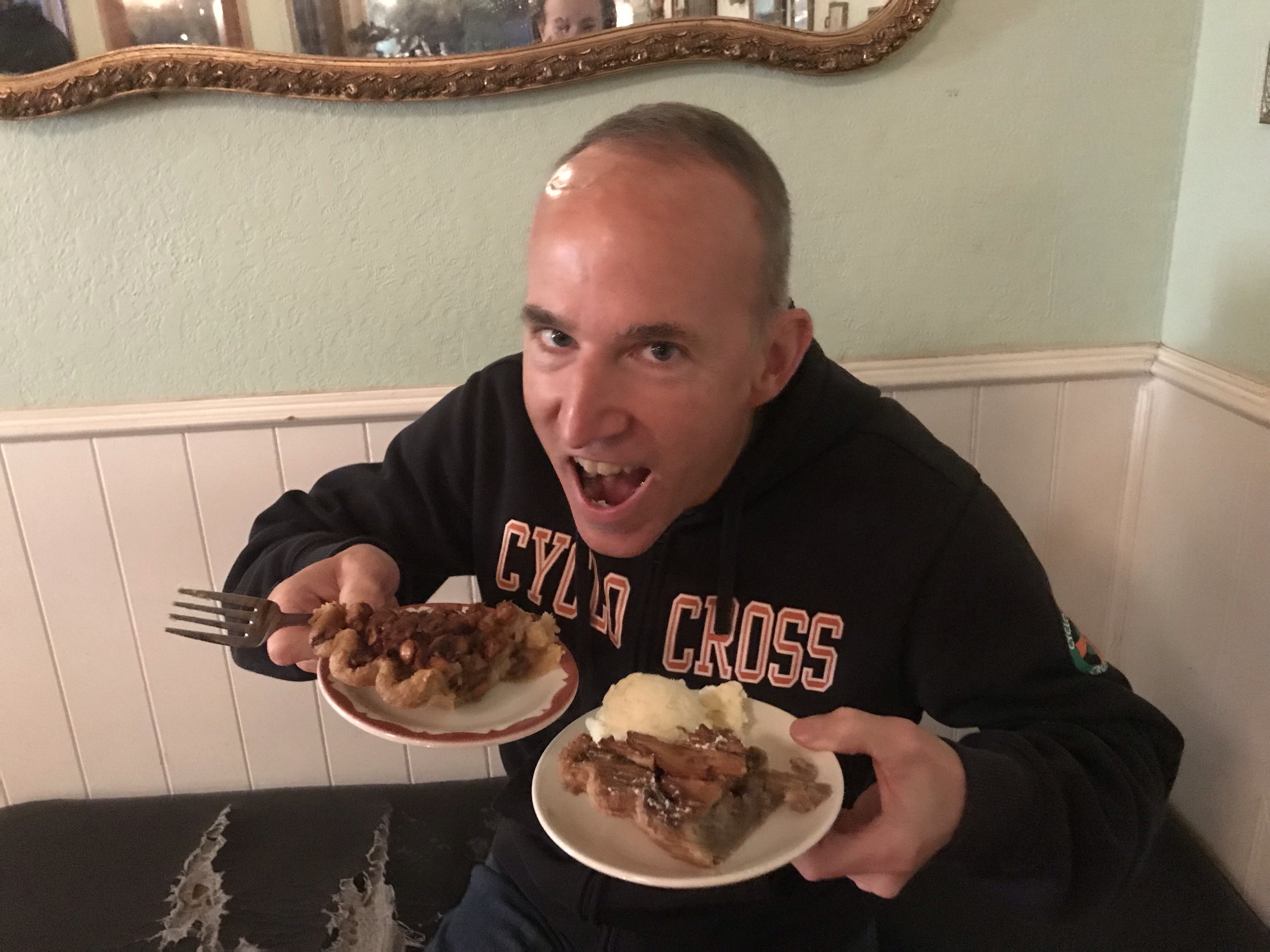 Another clear scan for Tom! A little early this time as doc had a vacation and we didn’t get an in-person visit last time. Cheers! 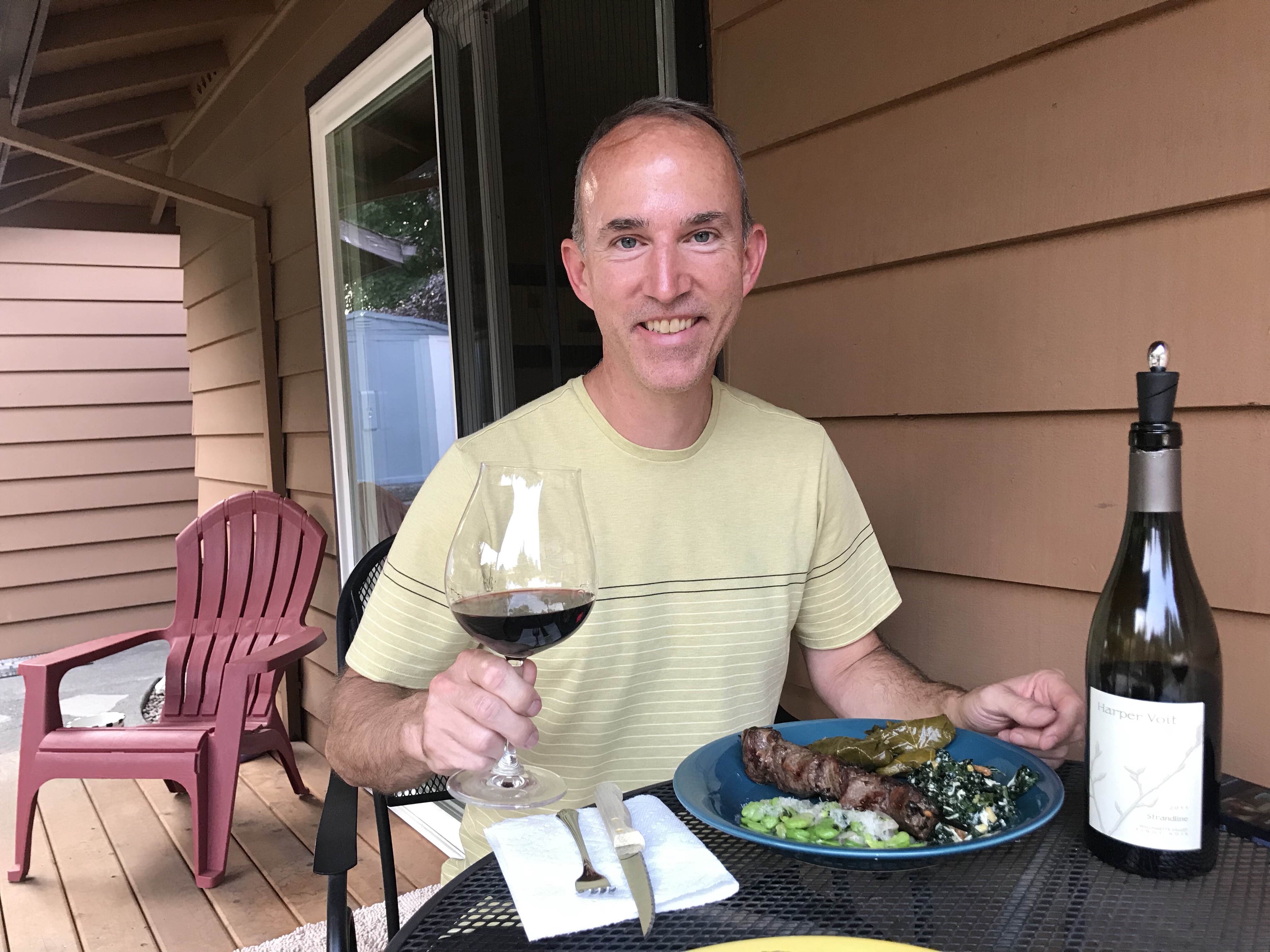